In the past 100 years, population in Kootenai County has risen over 859%. The influx of population to the County really started to pick up in the 1970s, averaging 6.9% a year.  We also saw a sharp increase in the 1990s where the average annual growth was 5.6% per year. 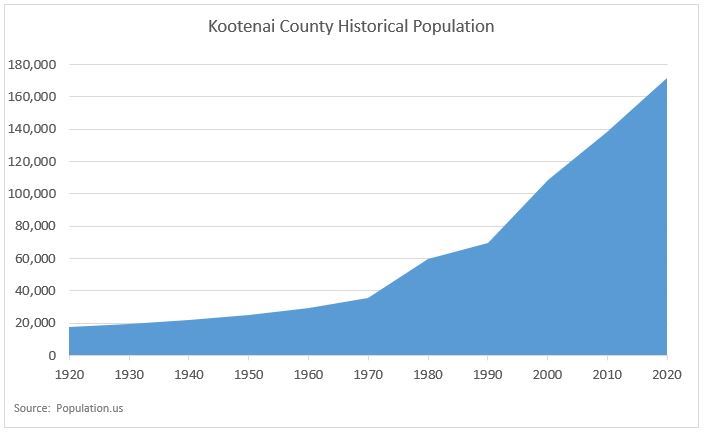 Even though the graph above shows a pretty drastic increase in population, our average growth per year for each decade has never exceeded 7% a year since the 1920s.  Since 2010, our population has only averaged 2.4% growth per year.