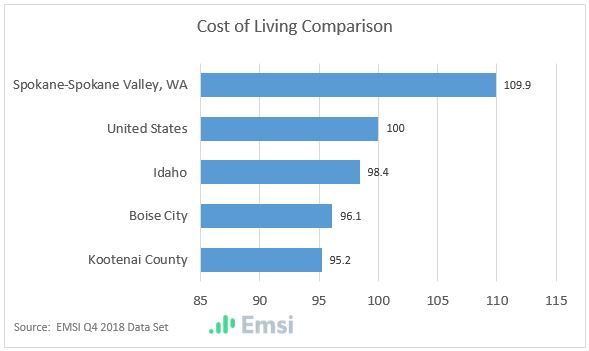 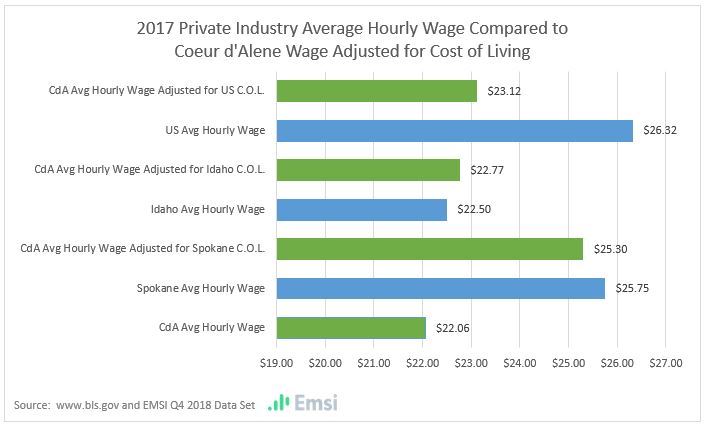 The cost of living data provided by Emsi is based on the Cost of Living Index published quarterly by the Council for Community and Economic Research (C2ER). C2ER calculates the Cost of Living Index (COLI) by measuring consumer expenditure amounts for the six major categories and creating weights or ratios for the amount each item contributes to the overall index. The Cost of Living Index Committee has adopted the weights based on data from the U.S. Bureau of Labor Statistics’ 2004 Consumer Expenditure Survey, using the data on the proportional distribution of expenditures by households in which the reference person has a professional or managerial occupation and by households in the upper quintile of income. For urban areas where there is less reported data, C2ER develops estimated prices in order to have a complete set of observations.  For further reading, see How does C2ER calculate Cost of Living?